If Malta isn’t already on your list of places to visit, I’m here to tell you - it should be! The great thing about Malta is that it’s very easy to get to in Europe and it’s small, making it perfect for a weekend getaway which is exactly what I did and why I want to share with you my 3 day itinerary for Malta.

This guide will help you plan what to see in Malta in 3 days and is ideal for people who like to see as much as possible but also incorporates my favourite beaches for some afternoon relaxation after a busy day exploring!

Located in the Mediterranean, Malta is an island country off the south coast of Italy. Its capital city is Valletta which also happens to be a UNESCO World Heritage Site in its entirety. Thanks to it’s southern Europe location, Malta is a reliable destination if you’re looking for some sunshine, in fact it rarely drops below 10 degrees Celcius, with average temperatures in December and January being 13-14 degrees C (so jealous).

To get you started here’s a few fun facts about Malta:

We hired a car for our three days in Malta which I would personally recommend doing. While the towns are cities are very reliably linked by public bus services and you could easily get around this way, there are also a lot of areas, particularly beautiful beaches and hiking areas which are not serviced by buses.

If you are using the buses to get around then the Malta Public Transport site has all the info you need. Buses have a flat fare for any two hour journey and cost 1.5euro in Winter and 2euro in Summer.

For example, this swimming area was beautiful, a very safe swimming area not in open water, people jumping in and sunbathing on the rocks, but it was accessed by a very long and narrow unpaved road. There was a carpark at the bottom and we had no problem parking here or anywhere on the island so it paid off to have a car.

There were plenty of car parks and spaces to leave your car around the island. In the towns and cities the spaces were often full before 11am in June so if you’re going peak season, be sure to get there early.

Also there are very few paid or pay-and-display car parks, most are pay by donation and have a man waiting to take your money. Be assertive and if you don’t have any money tell him you’ll be back with money when you return. We found this worked best when we didn’t know how long we were going to be in a place we we could adjust our tip/donation accordingly.

The perfect 3 day itinerary for Malta

Assuming you’re staying on the main island, start your trip by exploring it! You might be staying in Valletta or perhaps St. Paul’s Bay (where we stayed).

What to do in Valletta:

See all these sights and more on a Guided audio tour of the Valletta's main sights and attractions.

Or this tour to visit the National War Museum. 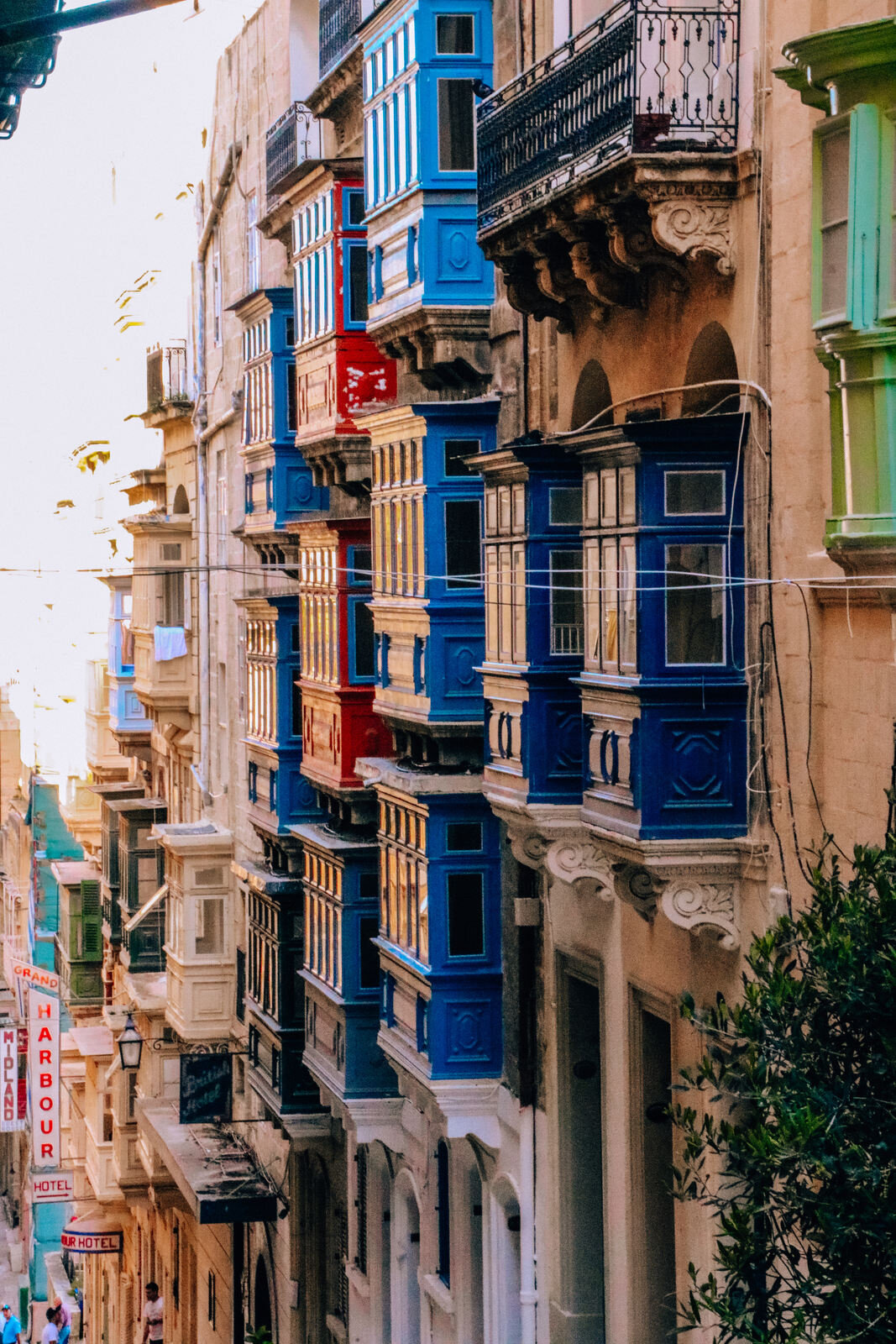 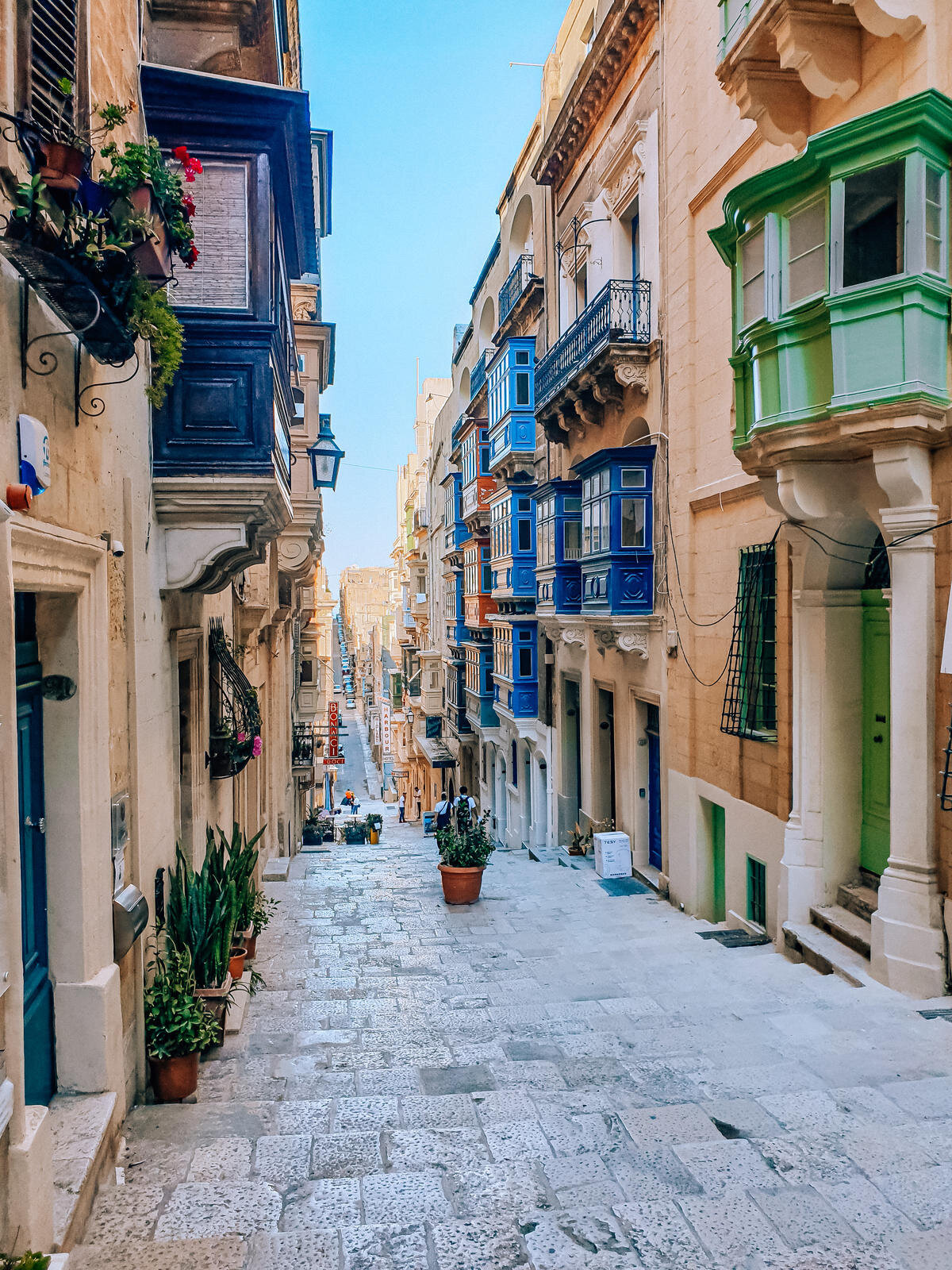 Where to eat and drink in Valletta

We didn’t spent too long in Valletta but we had some great fresh pizzas at Storie & Sapori. Also The Beer Cave for drinks and La Falconeria Hotel rooftop bar is great if you want to spend a little more for drinks and an incredible view.

This is probably the other main city you’re going to want to see on Malta and it’s famous for those colourful fishing boats which sit in the harbour. It also has one of my favourite swimming areas that we visited on our trip.

How to get to Marsaxlokk from Valletta?

We drove this as we had a rental car but you can also take the Route 85 bus which runs very regularly between the two cities. You can find the timetable here. That website is also the official public transport site for Malta and is the most reliable as not all the bus routes are on Google Maps.

Alternatively, Book this guided tour from Valletta to Marsaxlokk and the Blue Grotto if you don't have your own vehicle and don't want to take the bus. 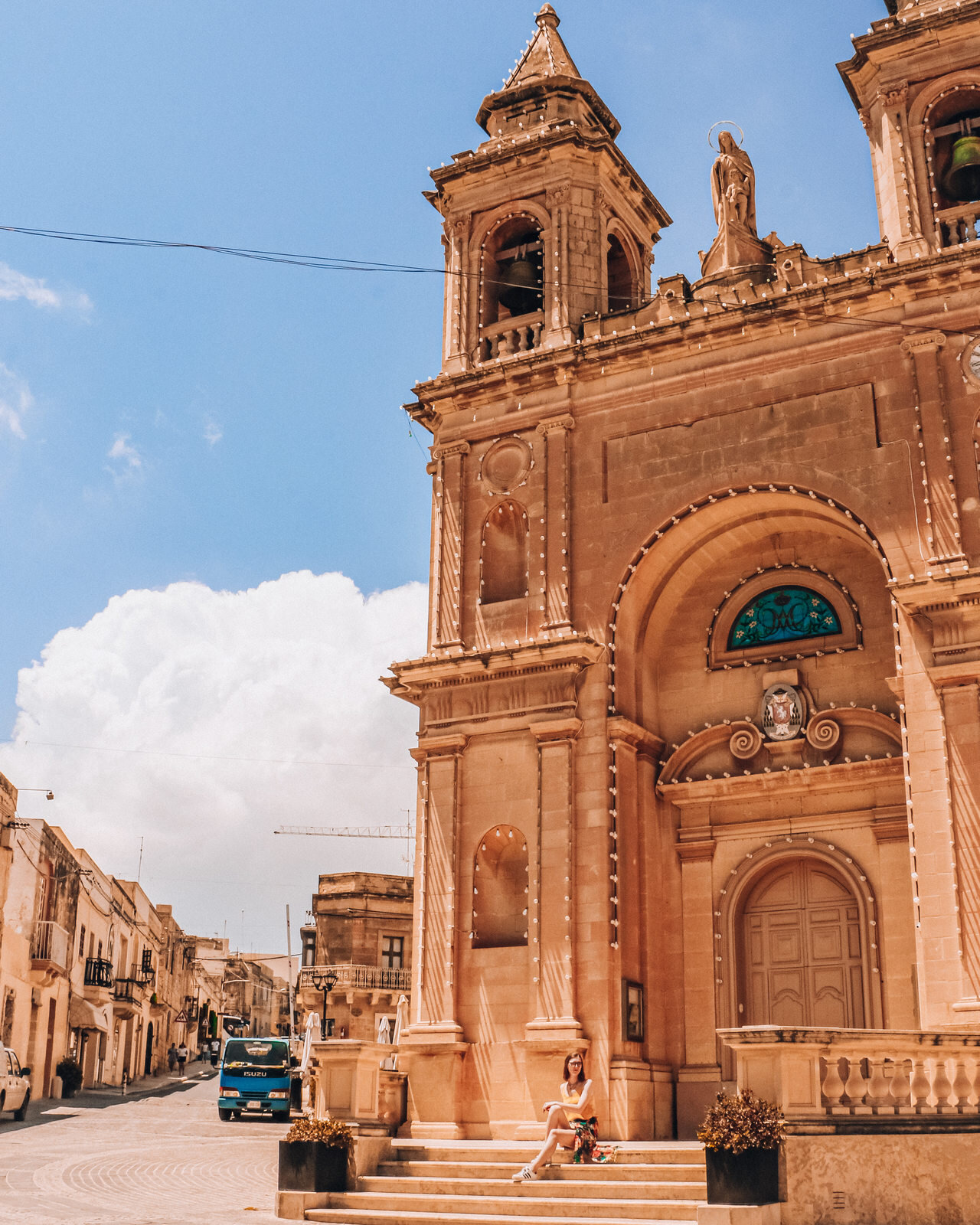 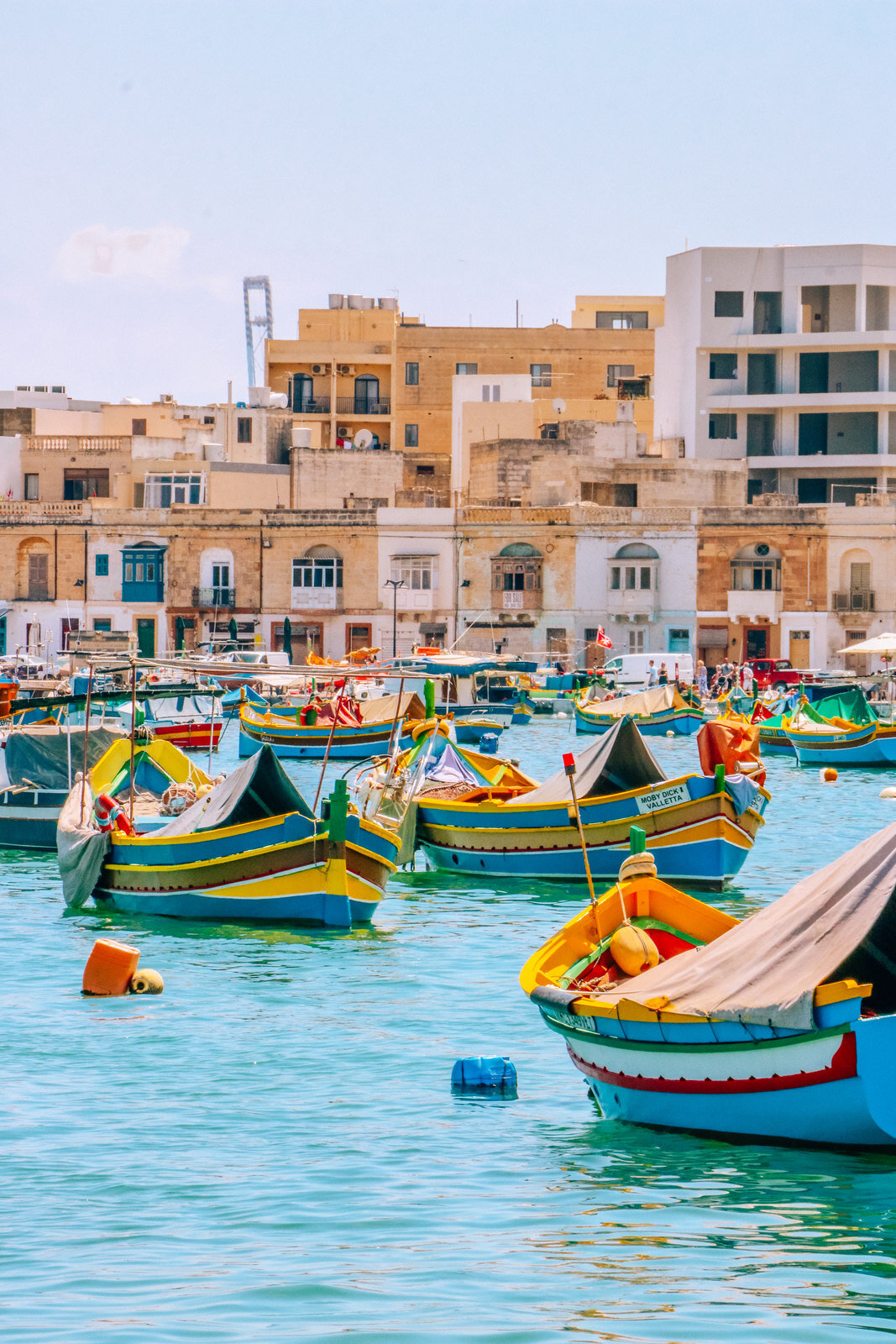 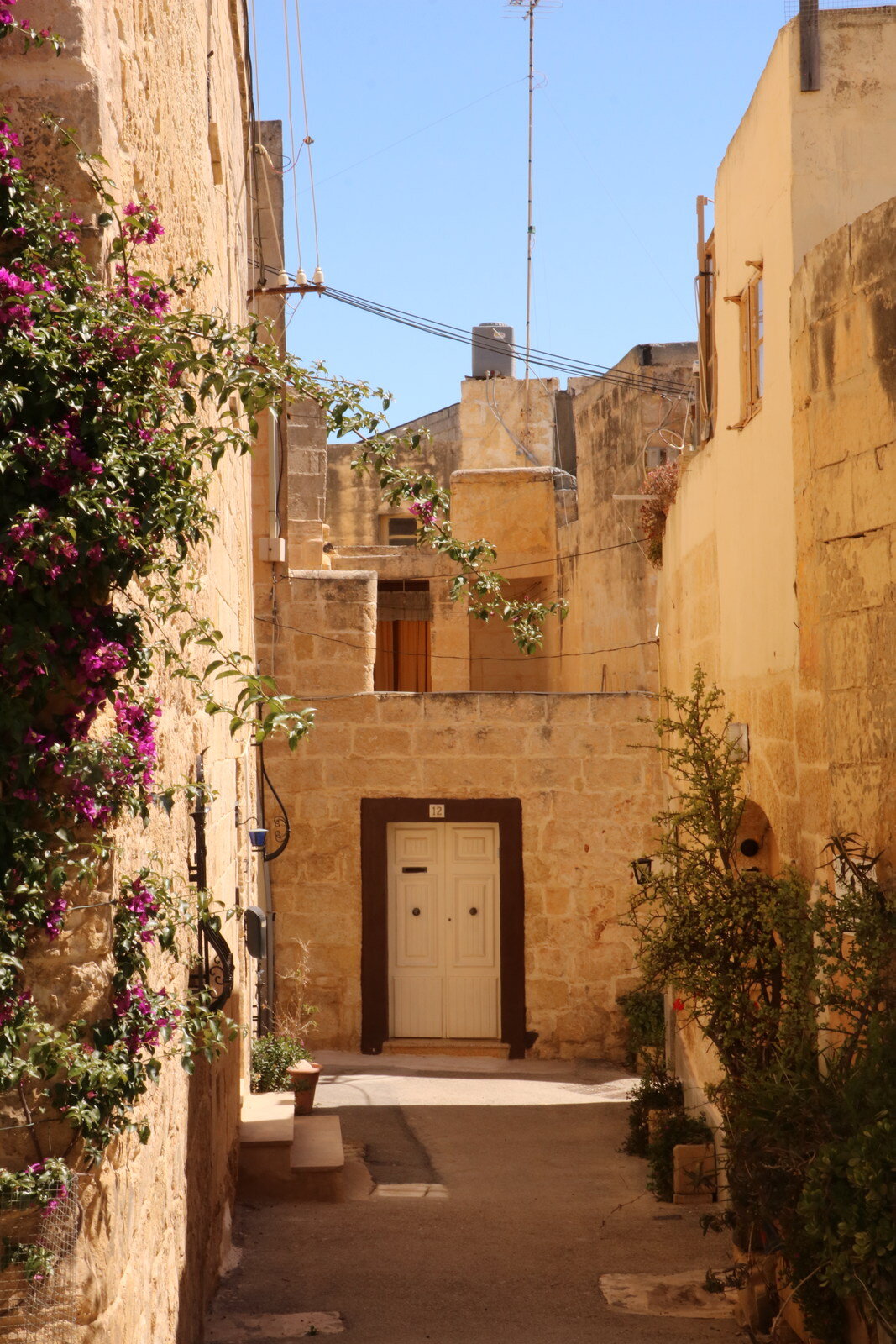 What to do in Marsaxlokk

This is the location I mentioned earlier that is located down a long narrow road without public transport access but with a carpark at the end so you can access it easily if you’re renting a vehicle. It’s labeled on Google Maps so you’ll be able to find it easily. Alternatively it is a 2.5km walk, doable but bring water and suncream!

St. Peter’s Pool isn’t a beach. It’s a natural swimming pool formed in the coastal rocks with clear blue water. There is plenty of places to lay out your beach towel, have a drink or two and enjoy the sun and sea, but it can get hot and busy so bring water, sunscreen. We were there in June and while it wasn’t too busy I can imagine it gets a lot busier in July and August.

The rocks have ladders into the water so you don’t need to jump in (although a lot of people do - so beware!)

There is so much to see on Malta alone that you can really mix up your itinerary to suit you, especially if you have a car. The ferries to Malta and boats to Comino are also very regular so you can fit in your visits to them as needed.

Mdina was actually my favourite city we visited. Head there early to get a parking space, either outside the city walls or drive through the tunnel into the city and head for the carpark exactly opposite you on the other side of the roundabout - all car parks are donation as mentioned earlier.

Mdina is sort of in two parts, there’s the original fortified city which is entirely pedestrianised now, or there is the ‘new’ city which is the area you will drive into and has similar architecture to Valletta. Both are well worth exploring but make sure you don’t miss the walled city part like we nearly did!!

Mdina was perfect for us travelling on a budget, we just wandered around, took lots of photos and grabbed some tasty ice creams! But there are plenty of attractions and historical points to visit if that is your interest:

See all of this on a Mdina City Walking tour. 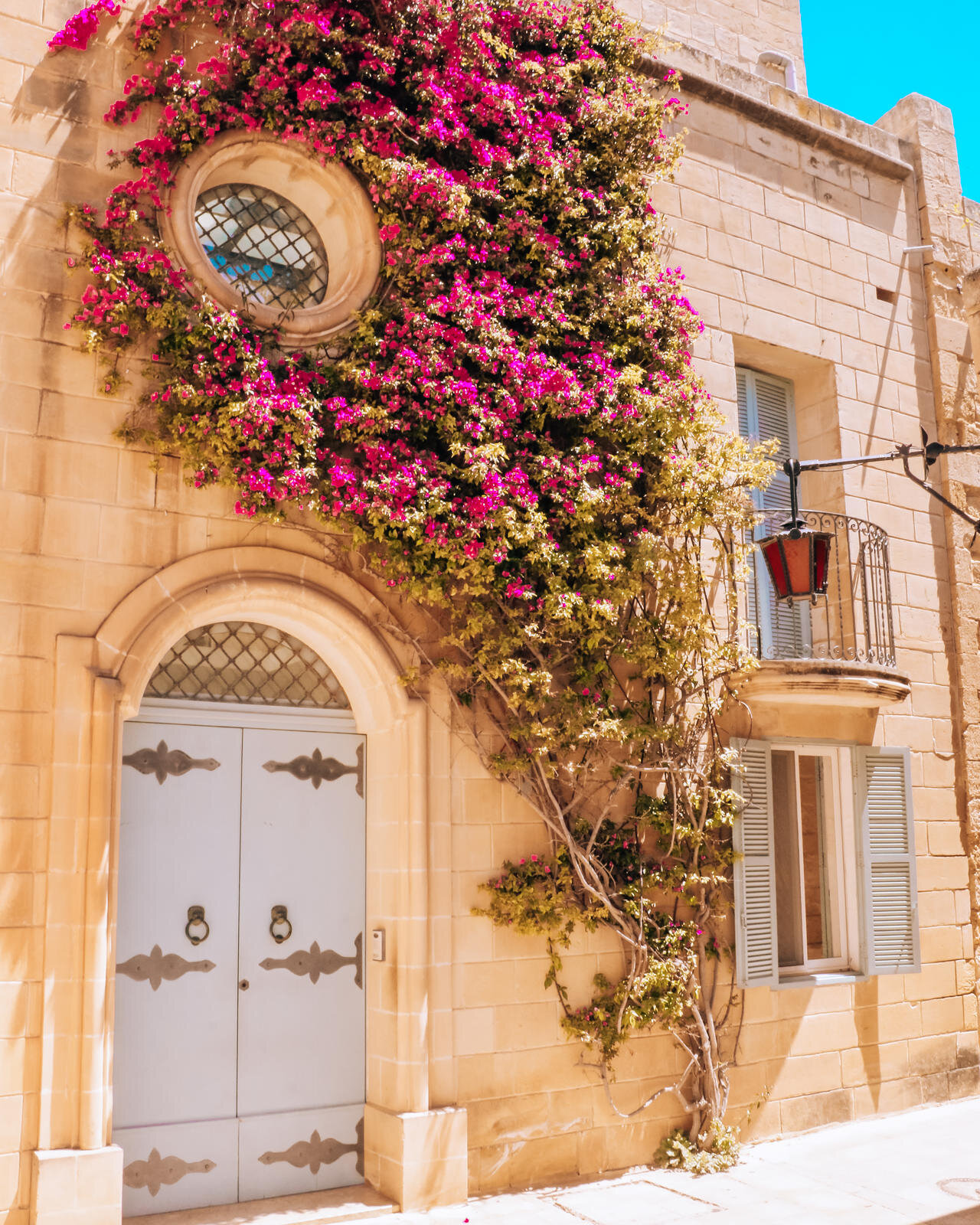 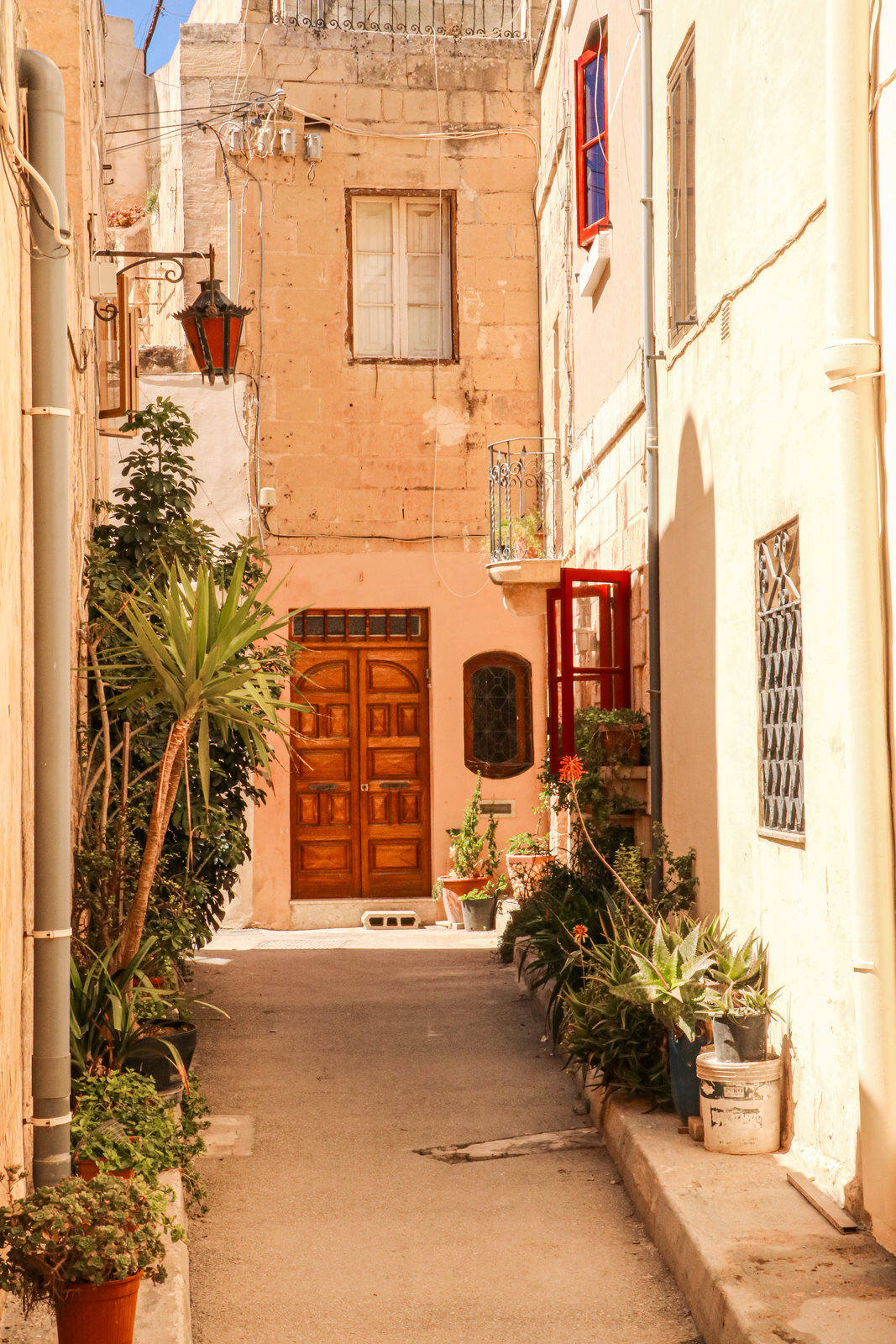 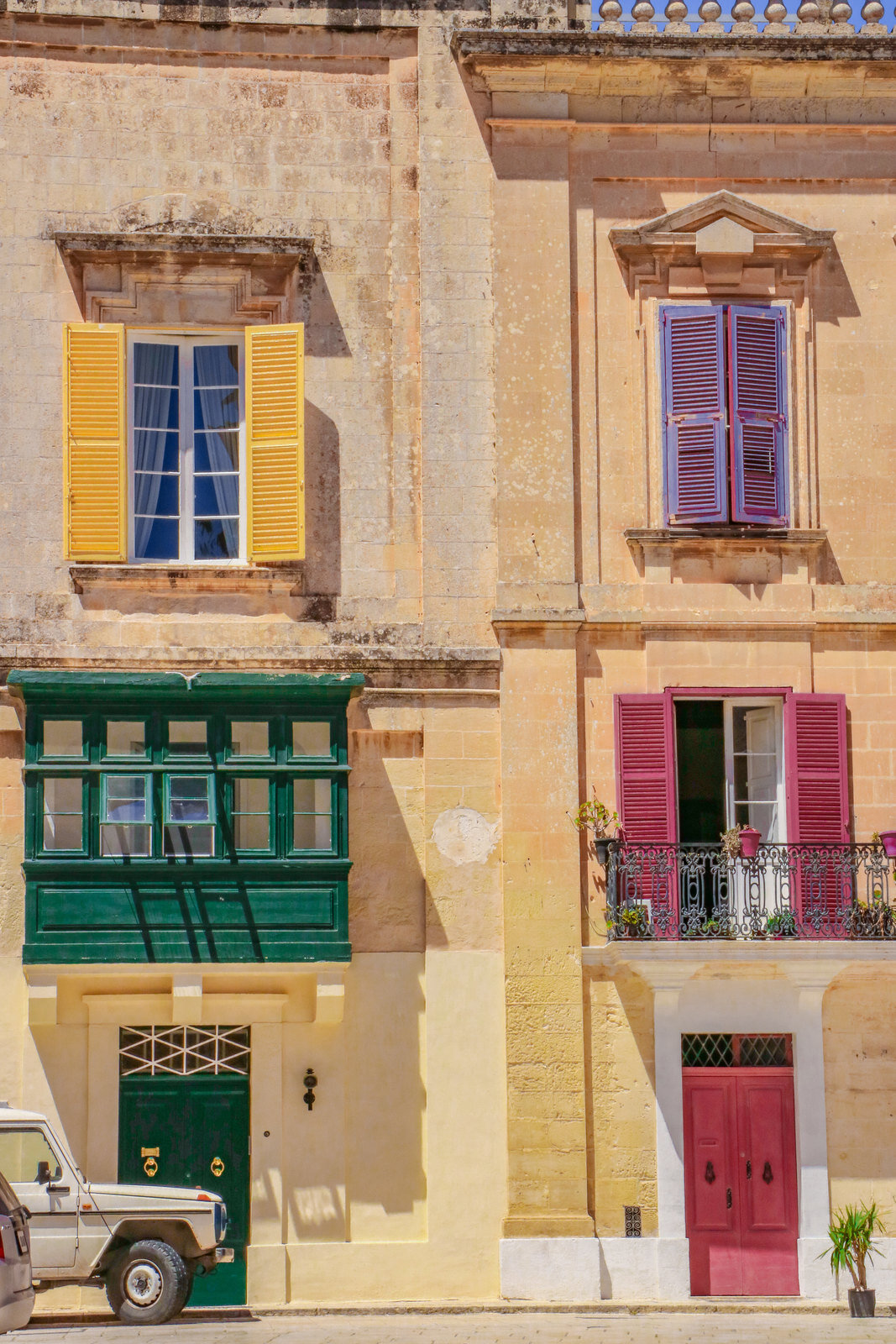 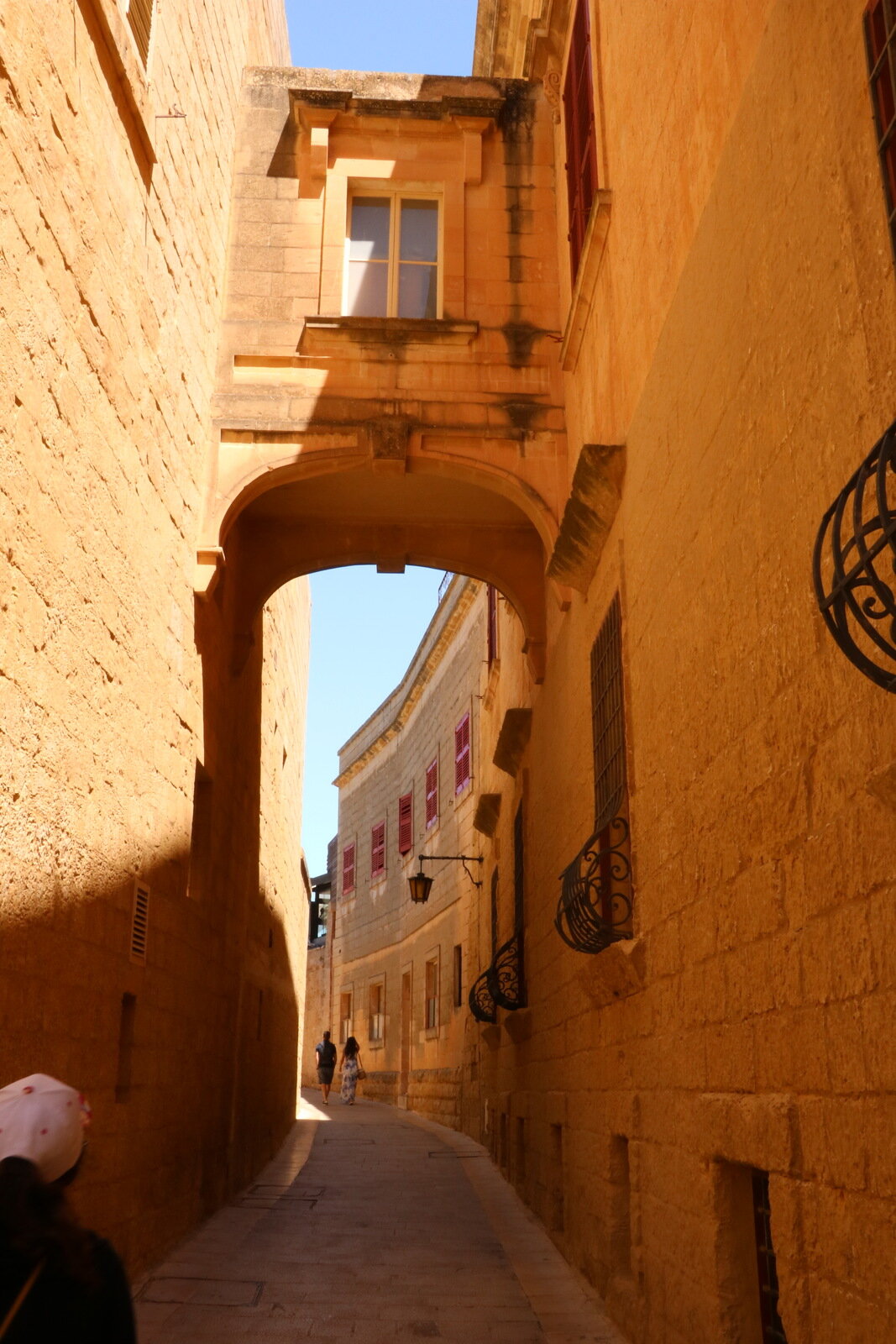 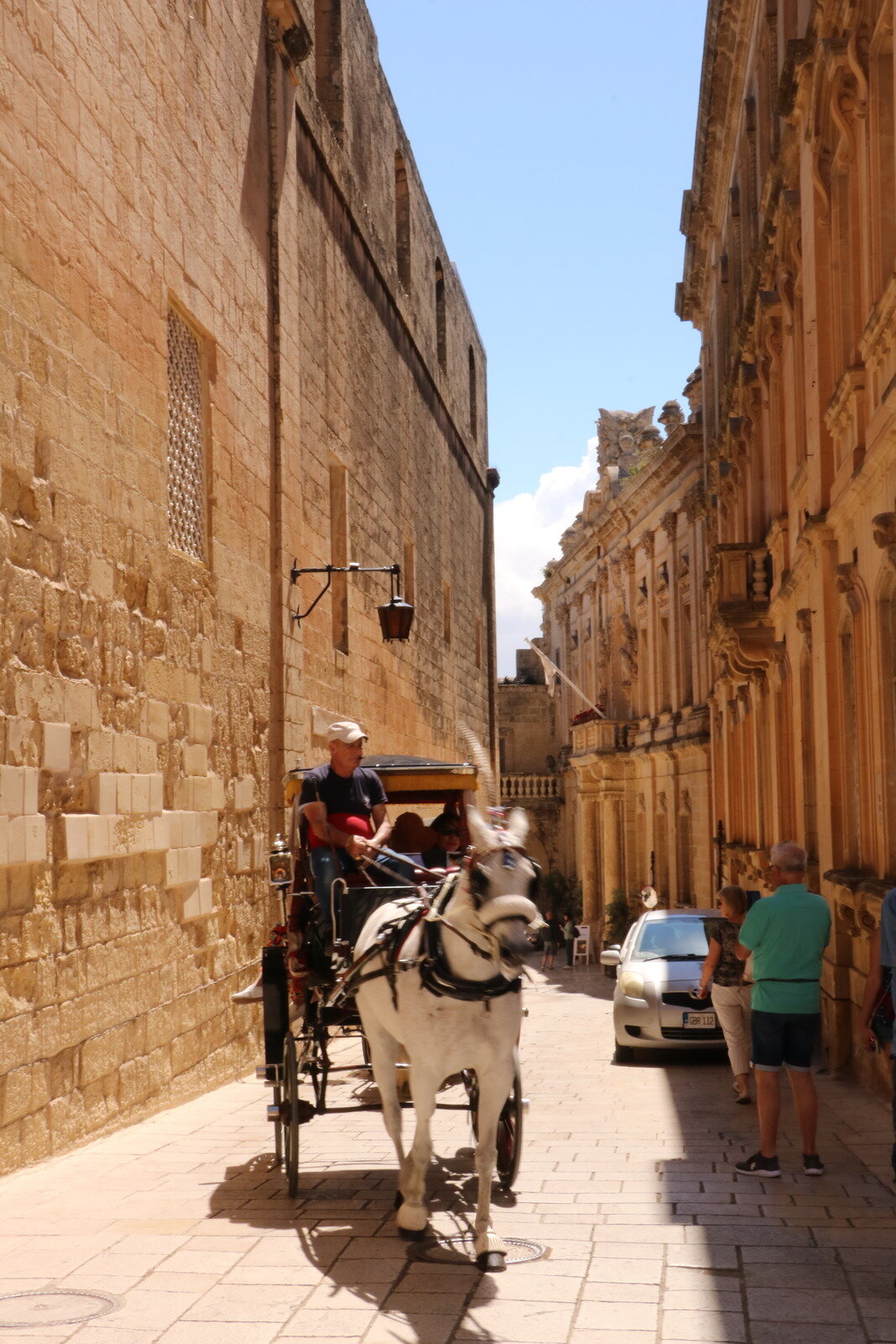 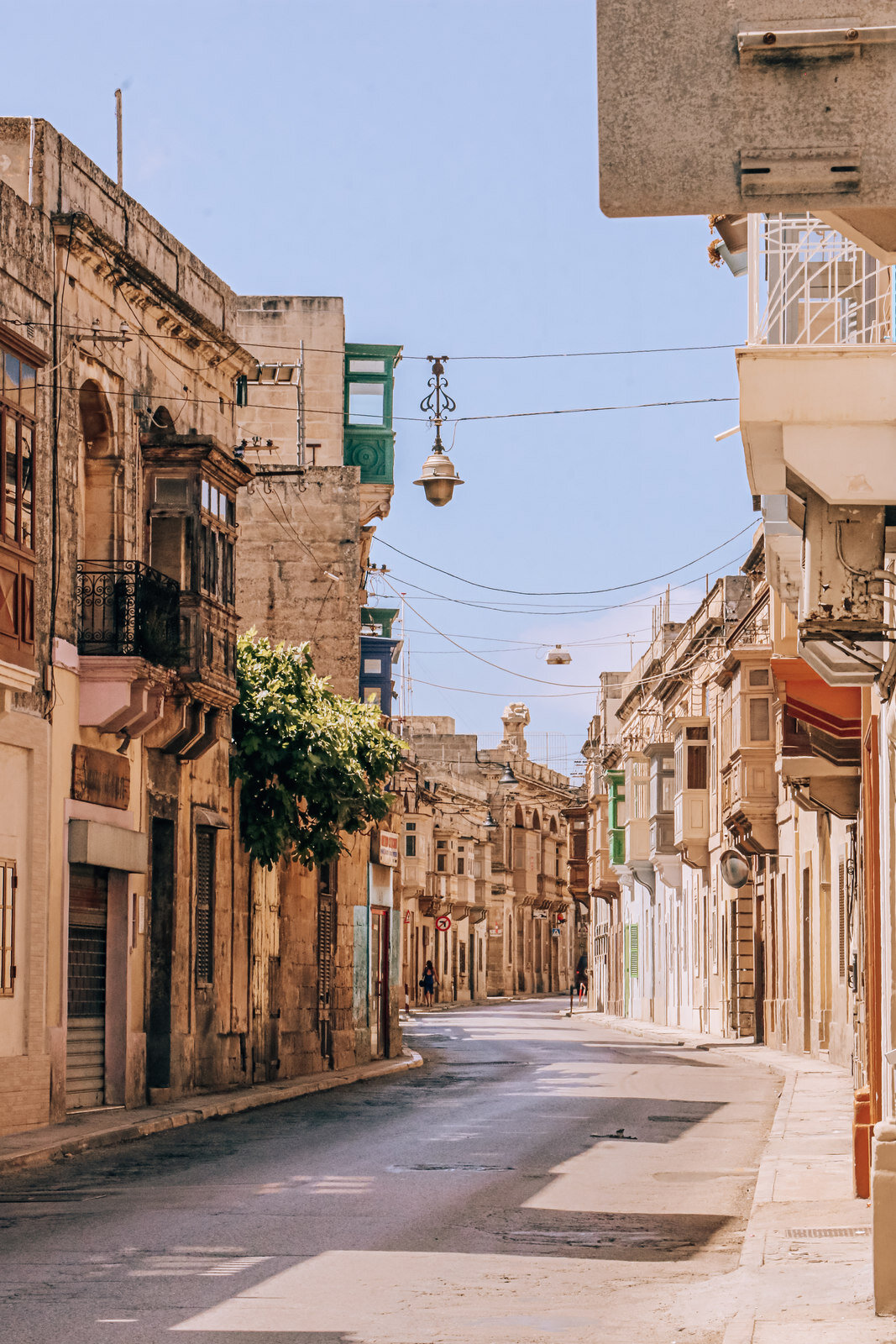 Other places to visit on Malta island

These are all places you can stop quickly, take a photo, have a drink, soak in the view but you don’t necessarily need to dedicate a lot of time to them - all great places if you have a car.

An Afternoon on Comino

I did this the on my first trip to Malta, not my second, there are so many beautiful beaches on all the islands that we picked some different ones in Gozo for our recent trip. But if you’re driving around Malta and end up in the north of the island (Popeye Village is there) then you’re very close to the Cirkewwa Ferry Terminal. Ferries leave this terminal regularly for Comino and Gozo and take foot passengers and cars.

The journey to Comino takes around 20-25minutes and costs 10 euros for the round trip. There are also regular buses from Valletta to Cirkewwa ferry terminal, check out the schedule here.

Comino is an uninhabited island between Malta and Gozo and is famous for the Blue Lagoon. There is also the Crystal Lagoon and lots of hiking trails.

Depending on your interests you may or may not need a whole day in Gozo. If you have a car and the freedom to explore at your own pace then here is an idea of some of the things to do:

This nature tour is great option to see more nature in Malta and Gozo. 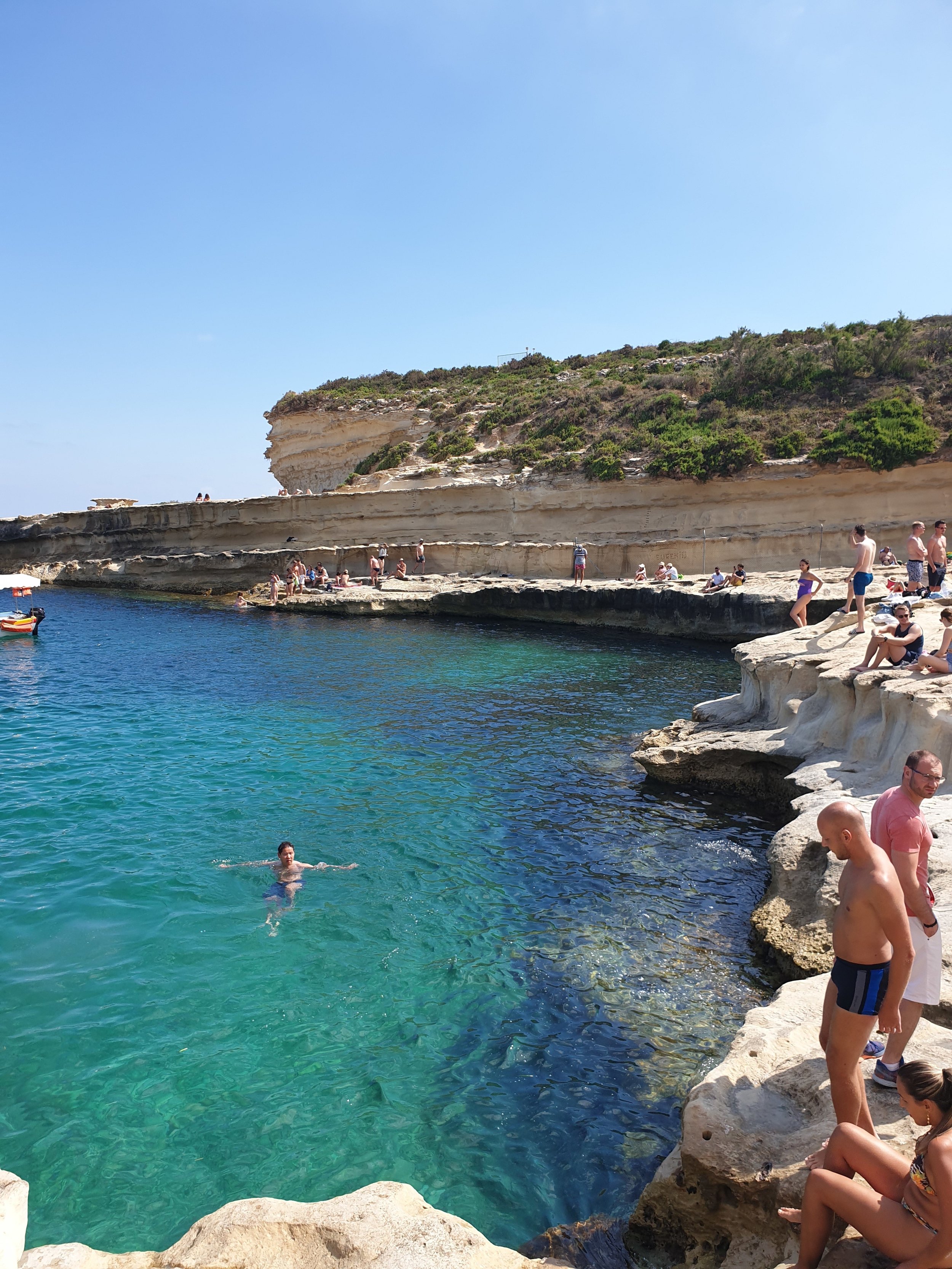 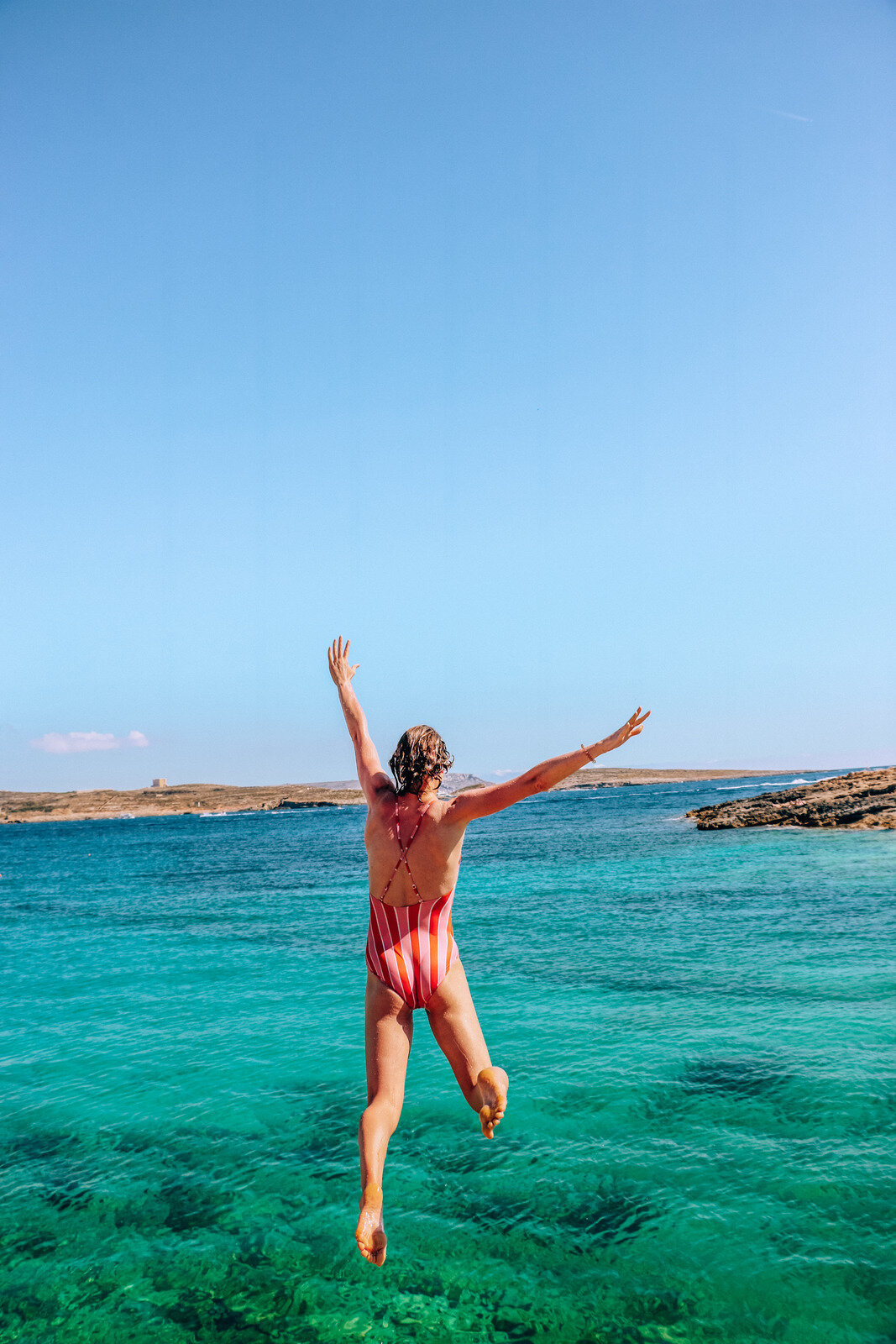 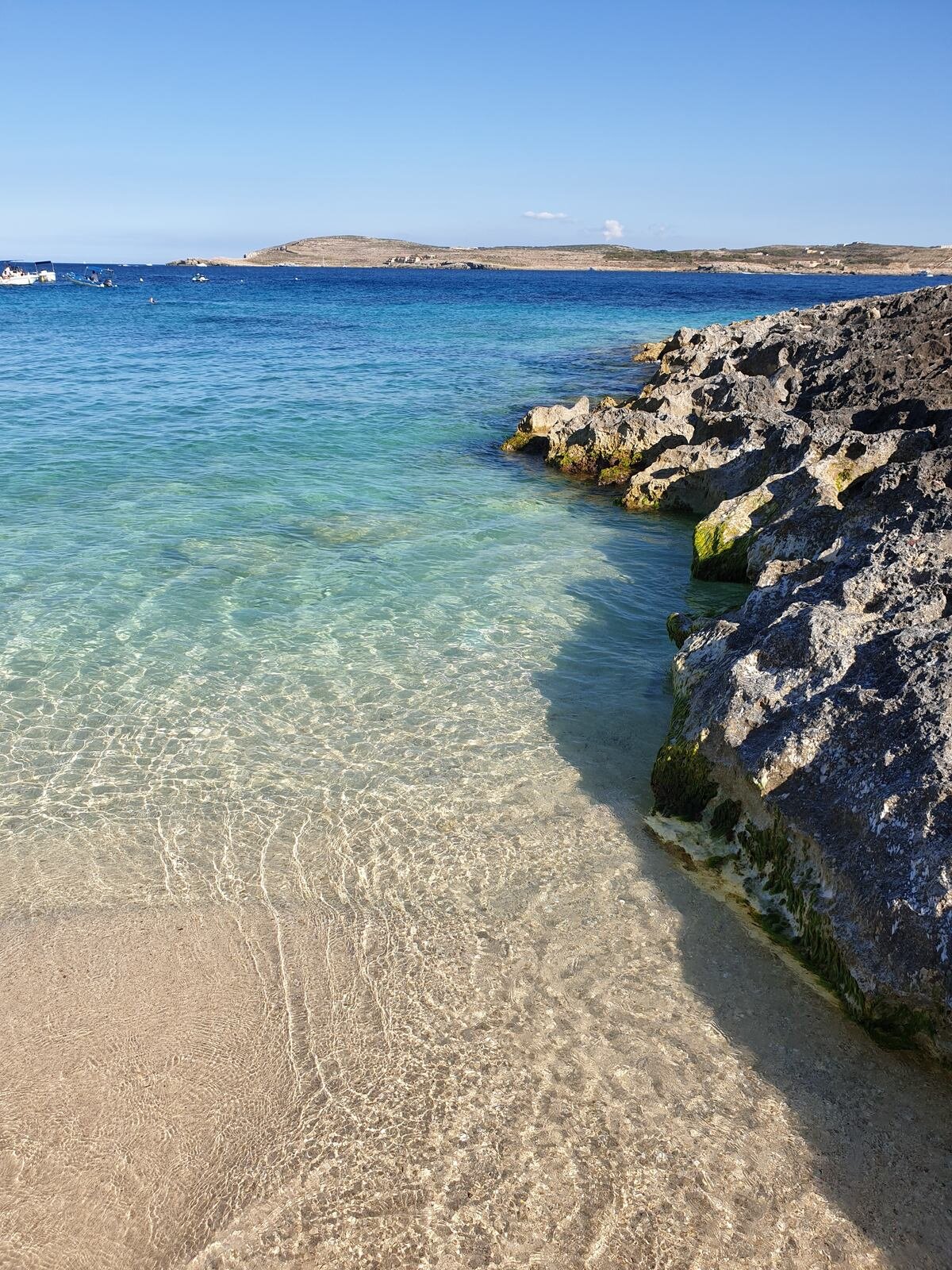 I hope this itinerary helps you plan your trip to Malta - it really is a beautiful country and a great place in Europe for a quick weekend escape. It’s small size means an itinerary like this can be mixed and matched so easily to suit your own itinerary. If you do book a trip to Malta, let me know!