When I was researching places to go during my first visit to the Emerald Isle, Connemara National Park (especially as a tour) wasn’t high on my list. Touted online as a ‘must-see,’ I booked a ticket and sort of forgot about it.

You see, I also was planning on going to the Cliffs of Moher (like every other tourist in Western Ireland) and the Aran Islands on day tours from Galway. While Connemara National Park had wonderful reviews, I was so much more excited for my other two excursions. That is, until I got there.

I’d never taken an organised tour in Ireland before – and I hated the thought. But after reading the positive reviews of this Connemara Day Tour, I thought, what the hell.

Connemara National Park is an easy day trip from Galway. My tour was with Galway Tour Company and I was surprisingly impressed.

Never having taken a tour in Ireland, I was unsure of what to expect. Once the bus was loaded and the driver settled into his seat, he immediately began singing. What did I sign up for?

After a few moments he let out a chortle and introduced himself in a thick Irish accent. Michael O’Malley, an older gentleman with a phenomenal sense of humour and a knack for telling stories – not to mention a pretty damn good voice. Even if Connemara itself had sucked, this guy was awesome. I smile thinking back to the tour and Michael’s demeanour. And he taught us SO MUCH.

1. Connemara’s landscape, being surrounded by the Atlantic ocean on three sides, gives it an abundance of marine resources. Connemara also contains extensive deposits of soapstone and veins of green marble and white quartz. The mineral plus the marine resources provided many settlement options in the area.

2. Connemara is filled with Neolithic and Bronze Age sites dating between 5000-1000 B.C., such as Megalithic portal tombs and prehistoric residences.

3. Southern Connemara is in the lowlands with a marshy landscape and hundreds of odd-shaped lakes.  The Irish refer to this landscape as Cnoc and Lochan (hill and small lake).

4. In the northern region of Connemara you’ll find the mountains.  There are the Twelve Bens (sometimes referred to as mini Alps), which is where you’ll find sharp quartzite peaks.  And then there’s the Maumturk Mountain range, located opposite the Twelve Bens, whose quartzite is much more weathered.

5. Connemara is one of the last remaining regions in Ireland to still speak the Gaelic language.

6. The name ‘Connemara’ is derived from ‘Conmhaicne Mara’ – which means, descending from Con Mhac, a fabled ancestor of the sea.

7. The first evidence of humans dates back roughly 7,000 years.  The earliest settlers were Mesolithic hunter-gatherers that followed the nomadic herds of animals along the rivers and coastline.

8. Connemara is home to Connemara ponies! (shocker, I know) We sadly didn’t see any during our visit. The Connemara pony is Ireland’s only national breed.

9. Despite the Connemara pony being a national Irish breed, it is actually of Scandinavian and Spanish ancestry. Ponies were initially brought to the area around 800 AD by the Vikings, but it wasn’t until the Spanish Armada landed in 1588 that the Connemara pony as we know it today was born.

When the Spanish Armada unexpectedly arrived in Galway en route to invade England, their Andalusian horses ran off and bred with the wild Scandinavian ponies.

9. Speaking of the Spanish Armada, local legend has it that the people of Galway have their unique look (black hair, blue eyes) due to the Spanish sailors’ undying love for the Galwegian women

10. In 1845, the potato blight (a fungal disease) put a swift halt to the production of potatoes, Ireland’s most prevalent and consumed crop. The potato blight affected several years of would-be crops and led to a devastating famine. Connemara was no exception to the rest of the country, and tenants of the area struggled to survive or escape to England or America.

11. The famine roads are networks of oddly zig-zagged roads up the hills of Connemara, leading nowhere, usually unfinished. The British landlords were adamantly against government dependence, so they gave shovels to the starving Irish tenants, and had them start hard labour making roads. Roads that go nowhere and serve no purpose.

Many times the workers would walk five to ten miles to work, only to realise upon leaving that they hadn’t earned enough to purchase a sufficient amount of food.

12. Some of the sheep have red, some have blue or other colours. They are painted in different colour combinations and other means of identification to distinguish one farmer’s herd from the next.

13. Killary Fjord, formed by a mile-deep body of ice more than 20,000 years ago, is Ireland’s only fjord.  The mountains you can see in the background are Mweelrea and Ben Gorm.  Down the centre of Killary Fjord is the line that separates County Mayo and County Galway.

On the eastern end you’ll find the Devil’s Testicles. Yup. I said it. These were eventually renamed the Devil’s Mother on maps from the 19th century and beyond.

14. In the fjord there are dolphins (though we didn’t see any), and see those little black lines?  Those are for mussels. The fjord is also abundant with salmon and maybe, just maybe, you’ll see one of the elusive otters on your visit (sadly, we didn’t see any of those little cuties either).

15. Blanket Bogs are an integral part of Connemara’s ecology. They absorb moisture and slowly release it over time, feeding the rivers and streams for spawning salmon. They are also home to some pretty crazy species, including some carnivorous plants.

Connemara is a hugely underrated destination in Ireland but a must-visit if you’re in the Galway area.

Visiting Ireland’s Wild Atlantic Way? Galway Tour Company also does tours to the Cliffs of Moher and the Aran Islands! Both work primarily just as transport to and from the locations, you are mostly off on your own so it’s a great option if you want to visit the Cliffs of Moher without a car.

Pin this for later to plan your future trip! 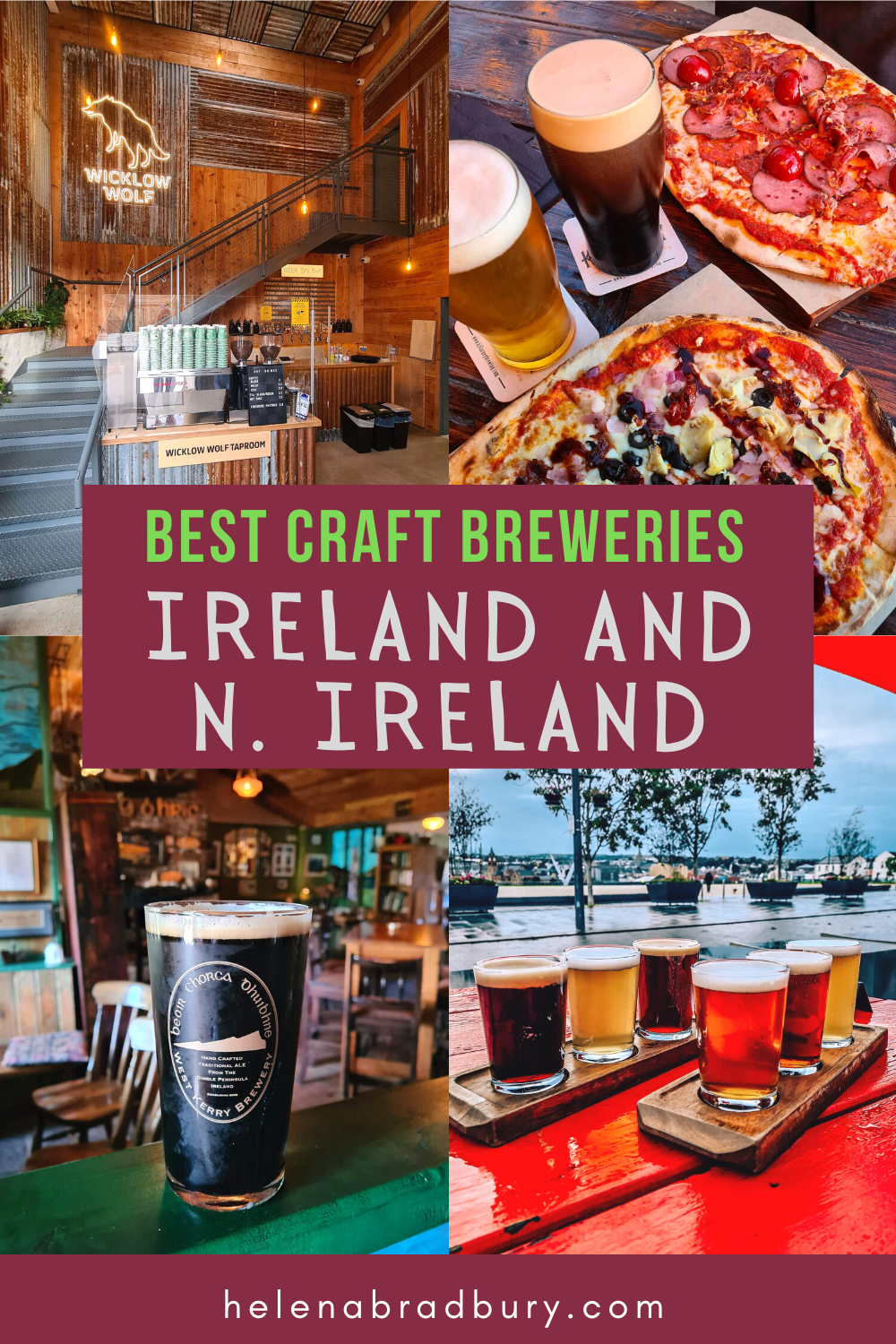 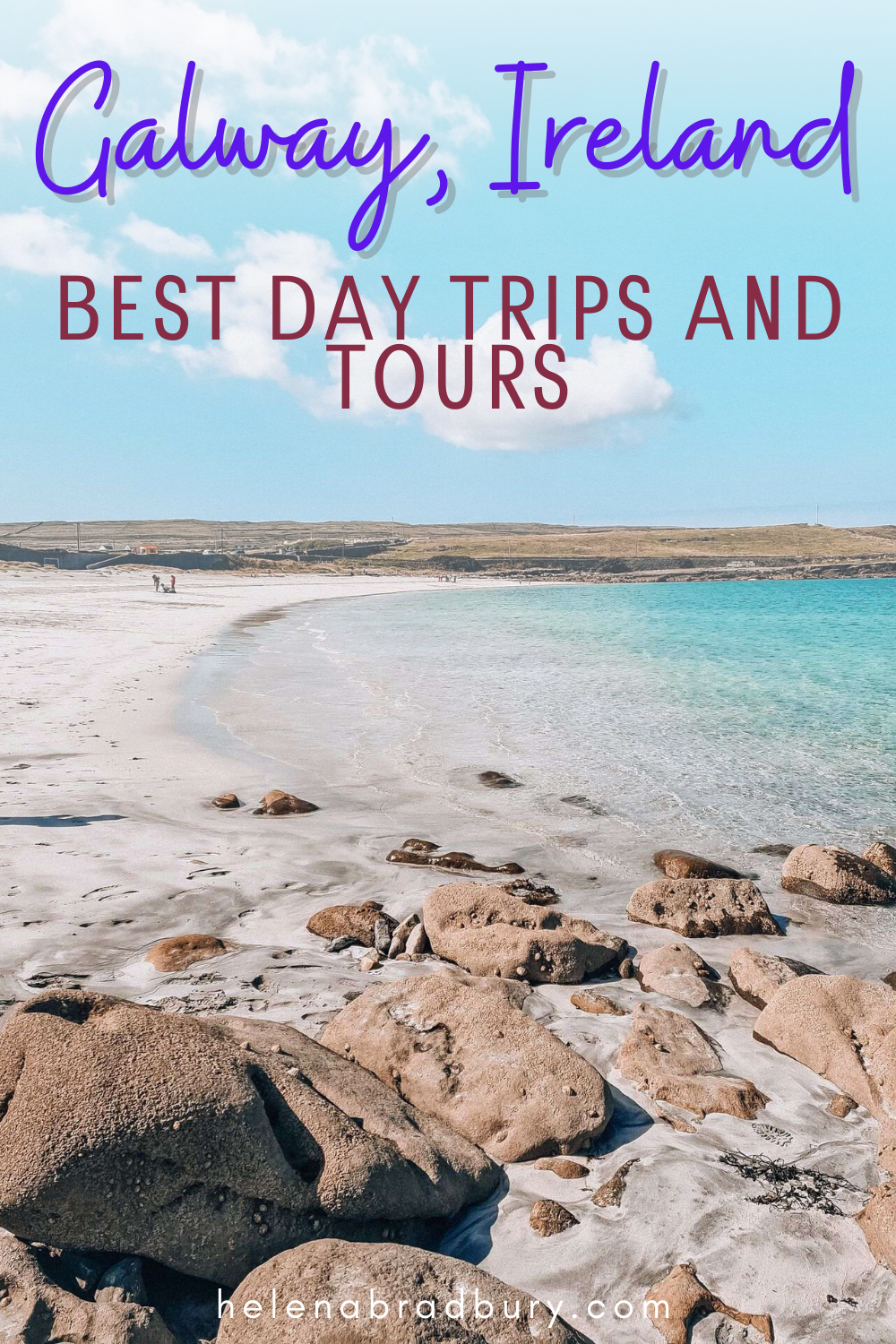 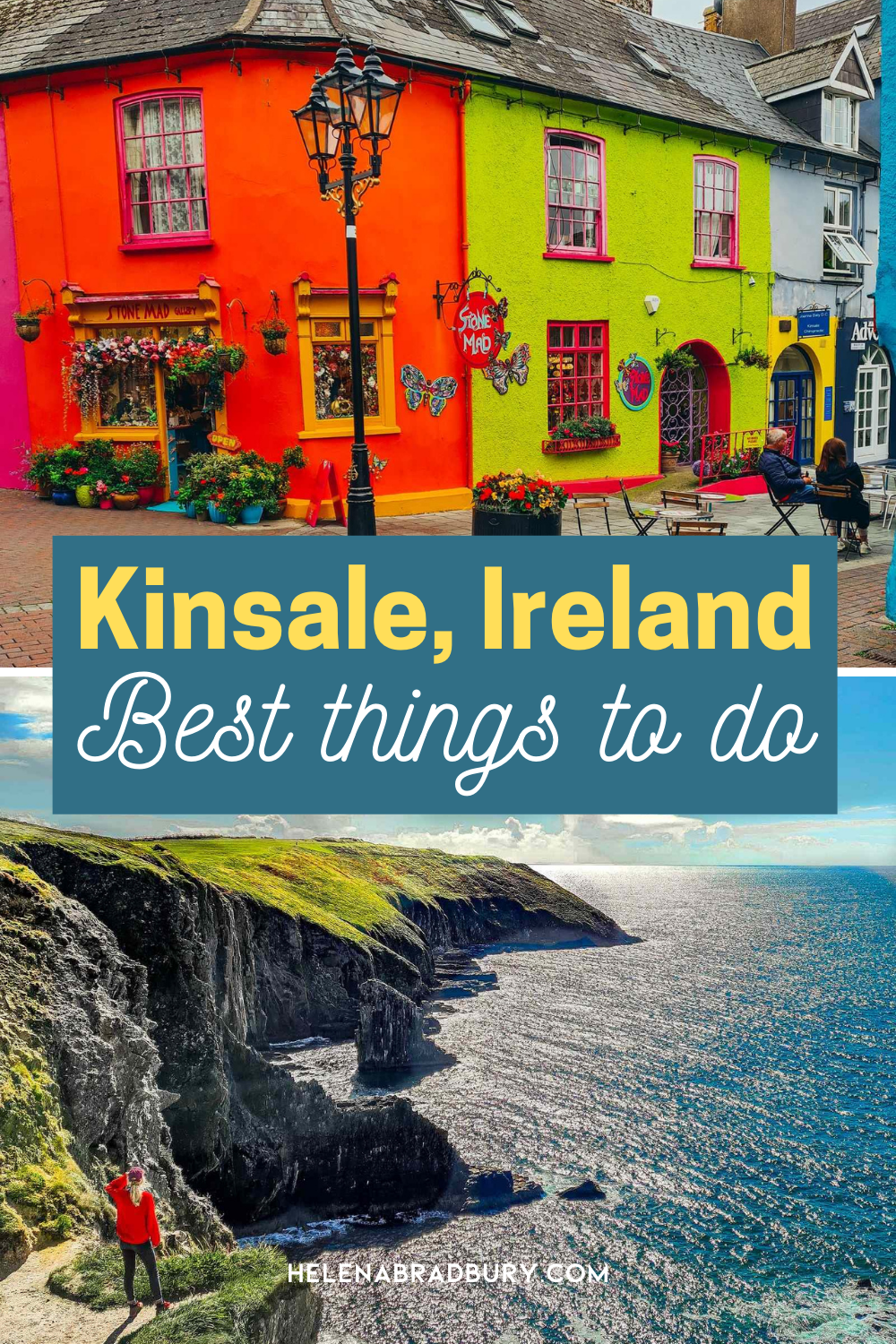 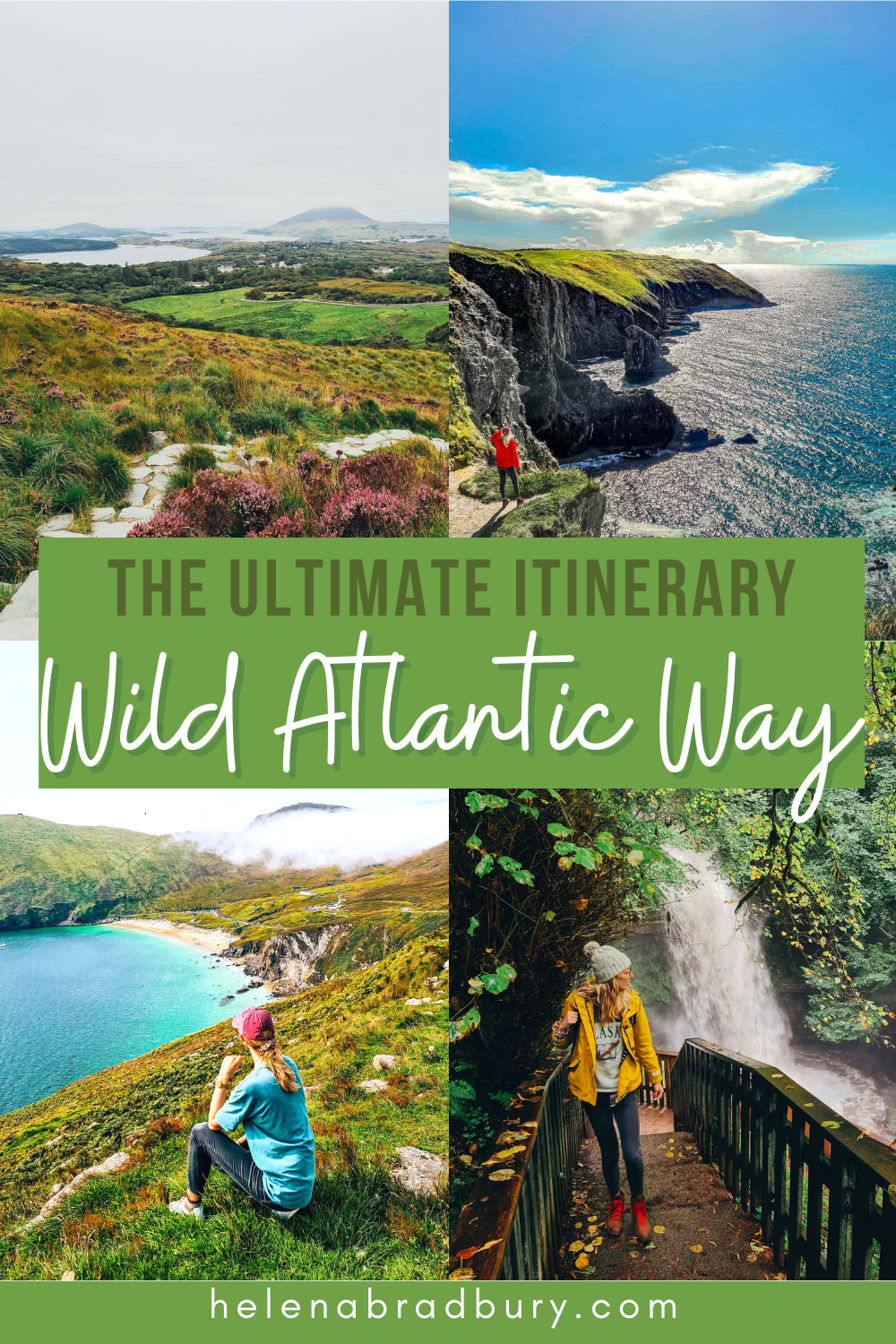 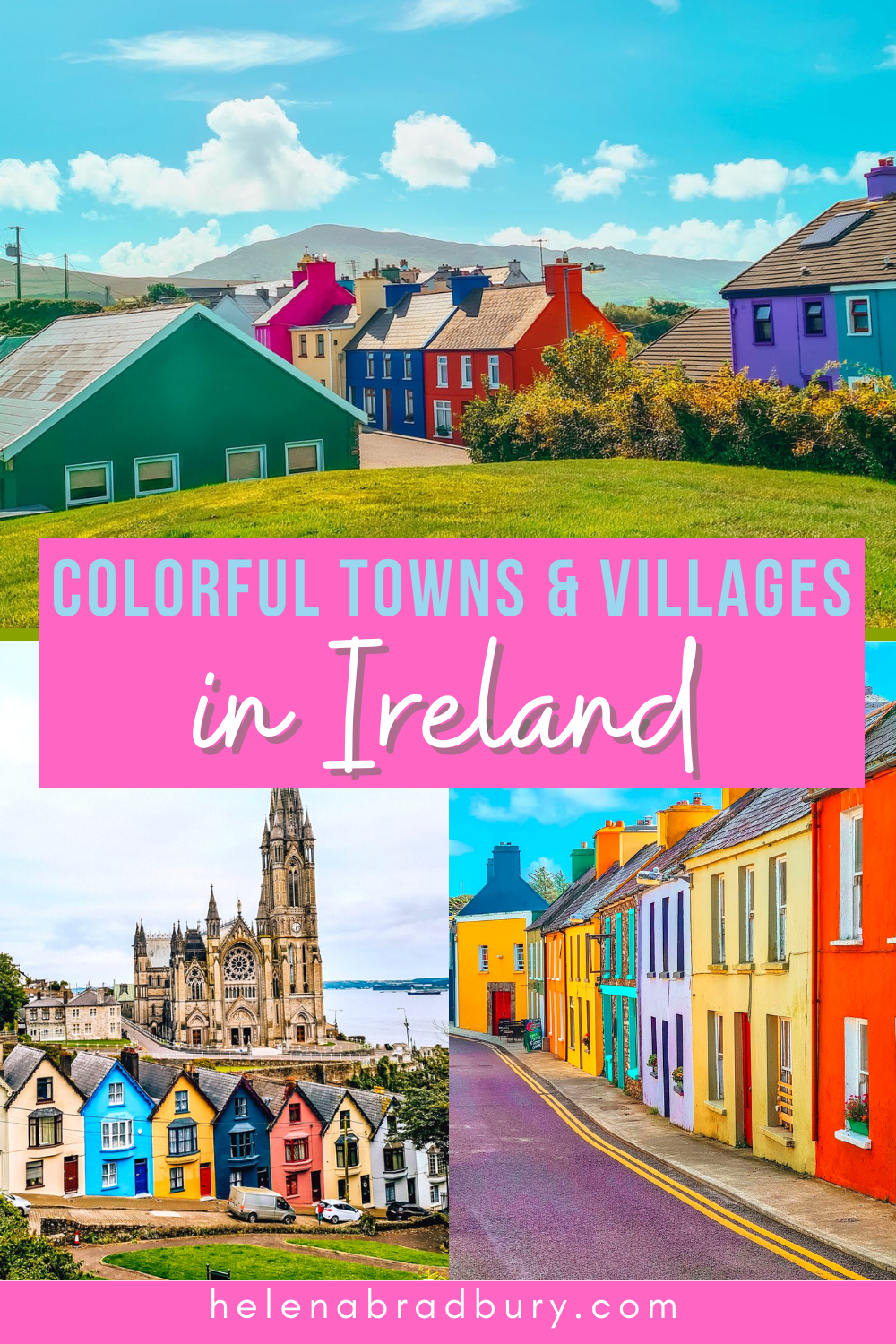 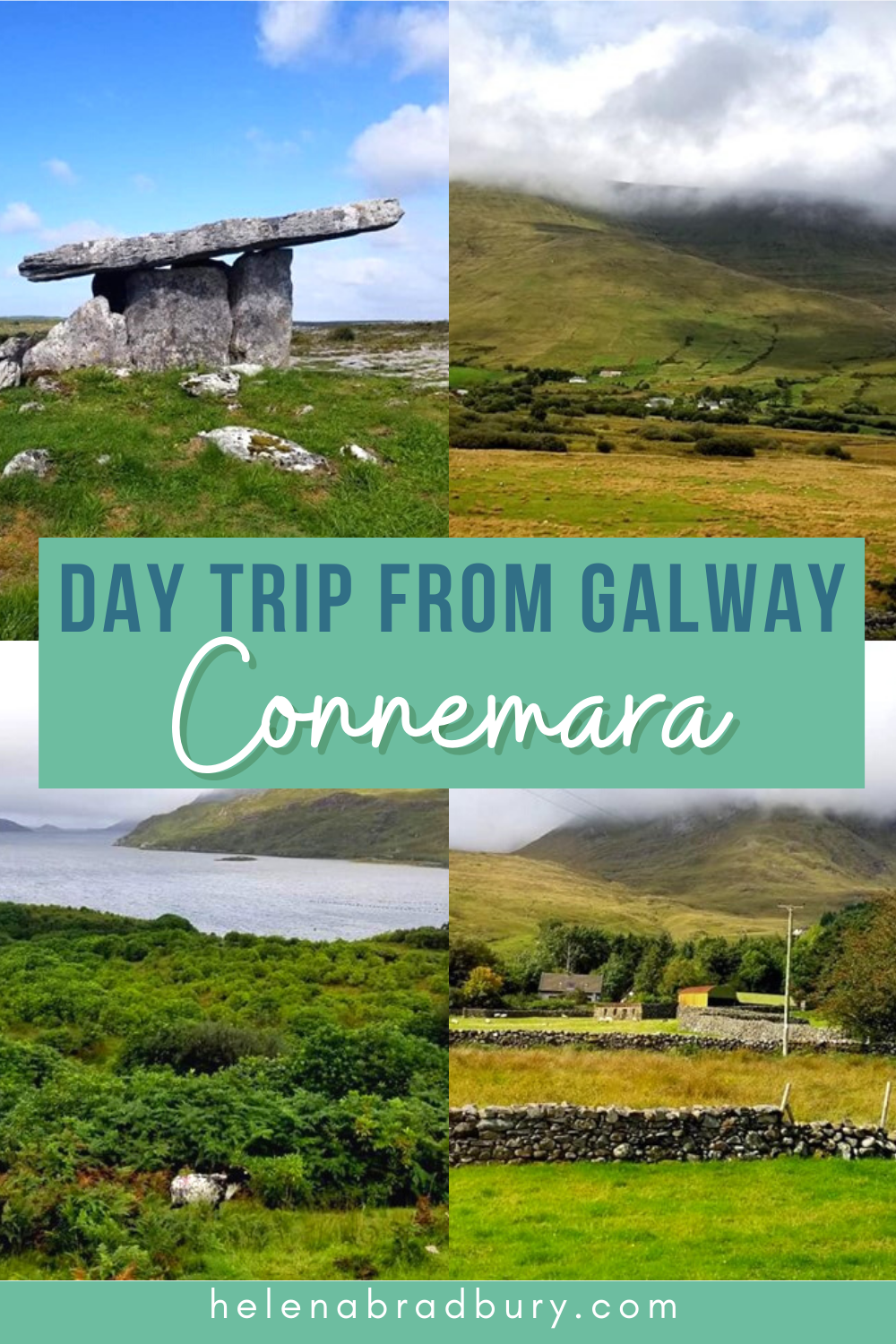 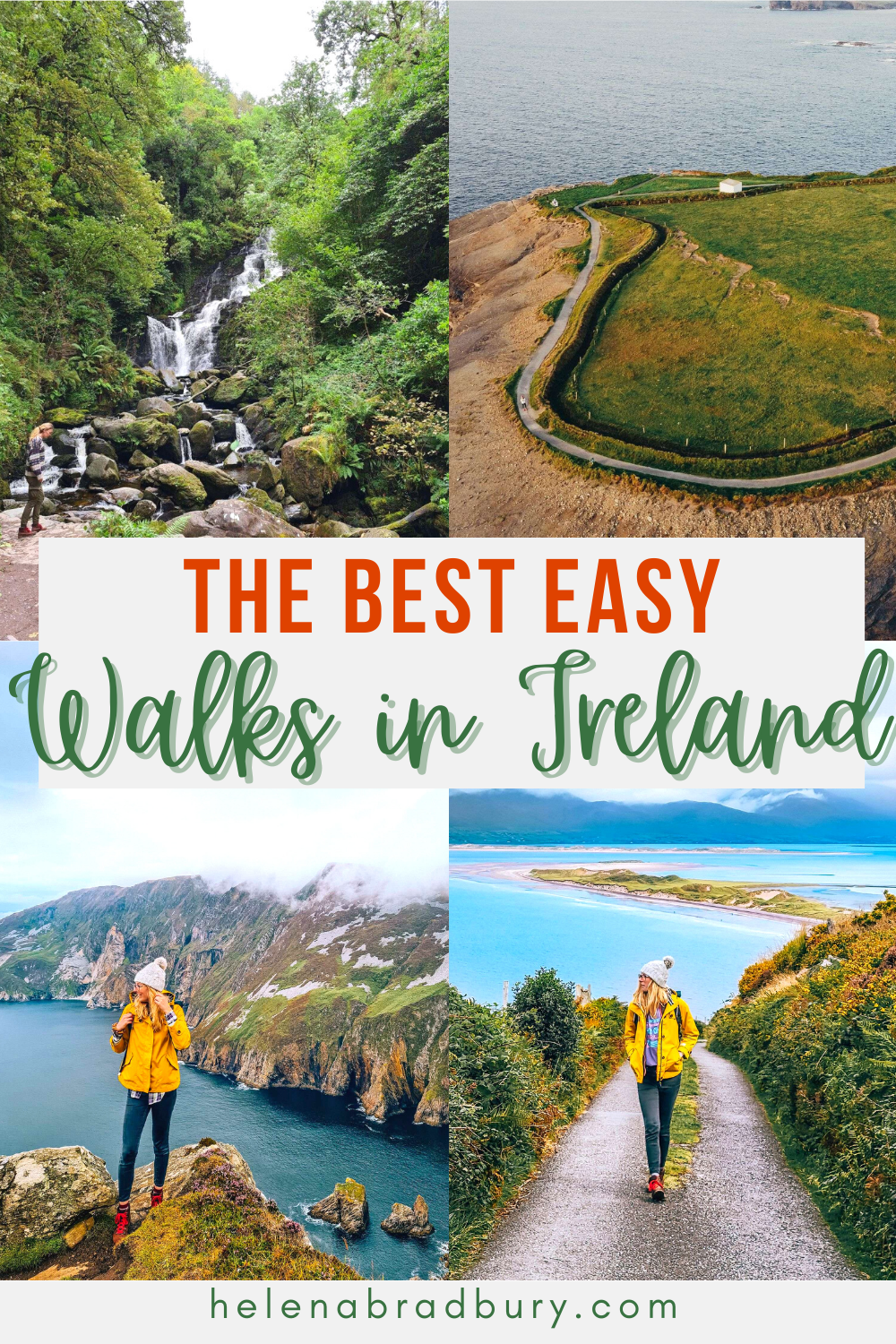 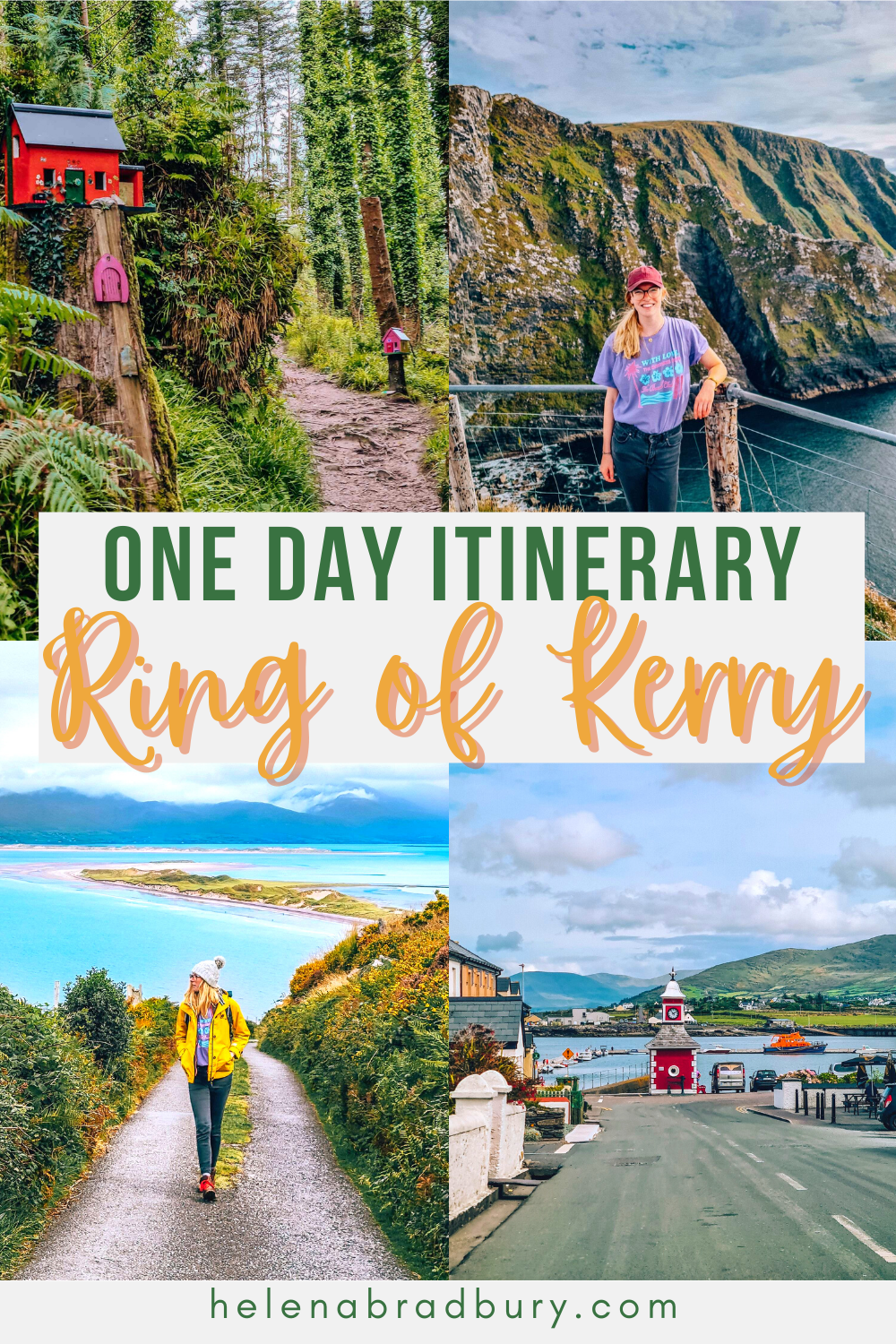 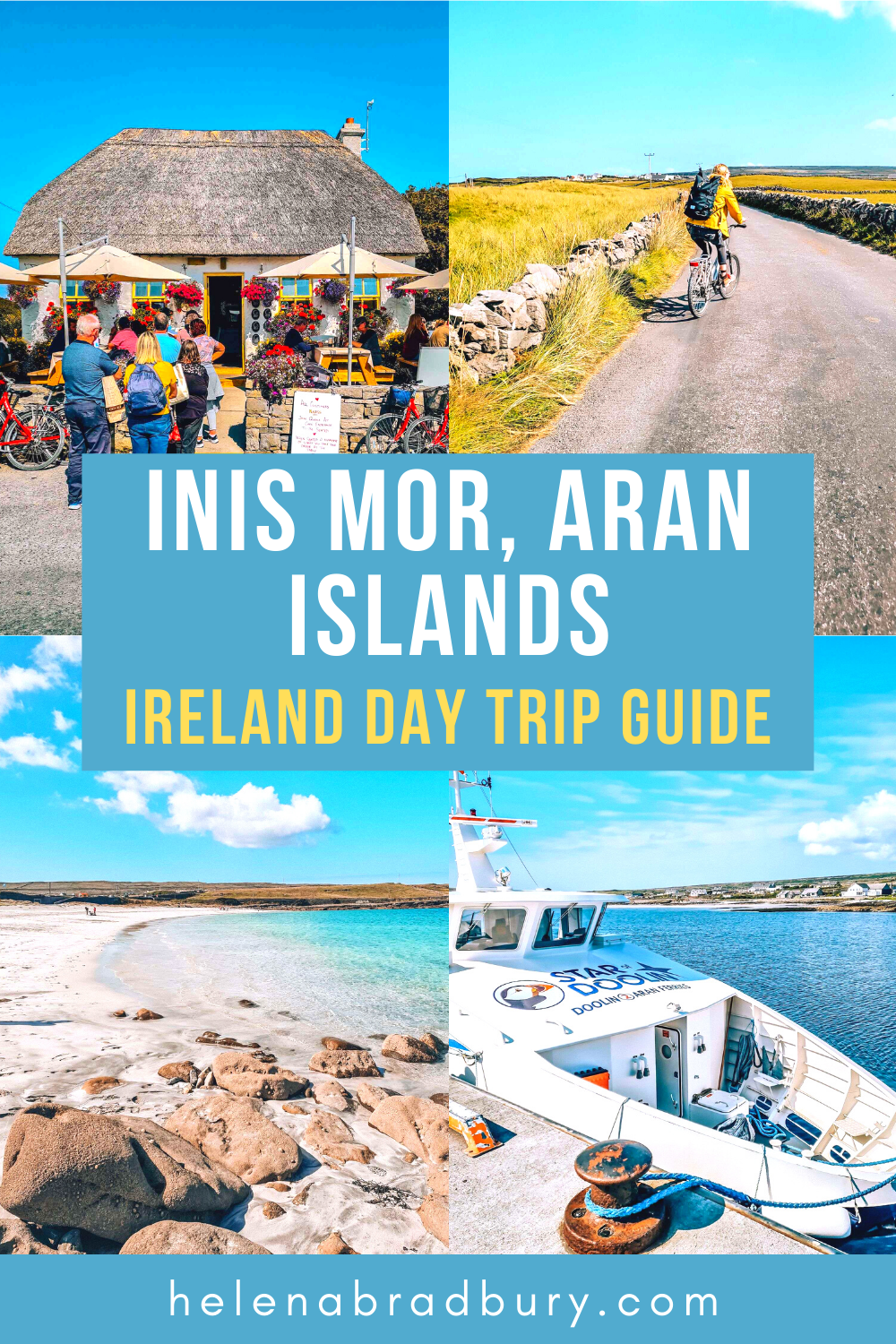 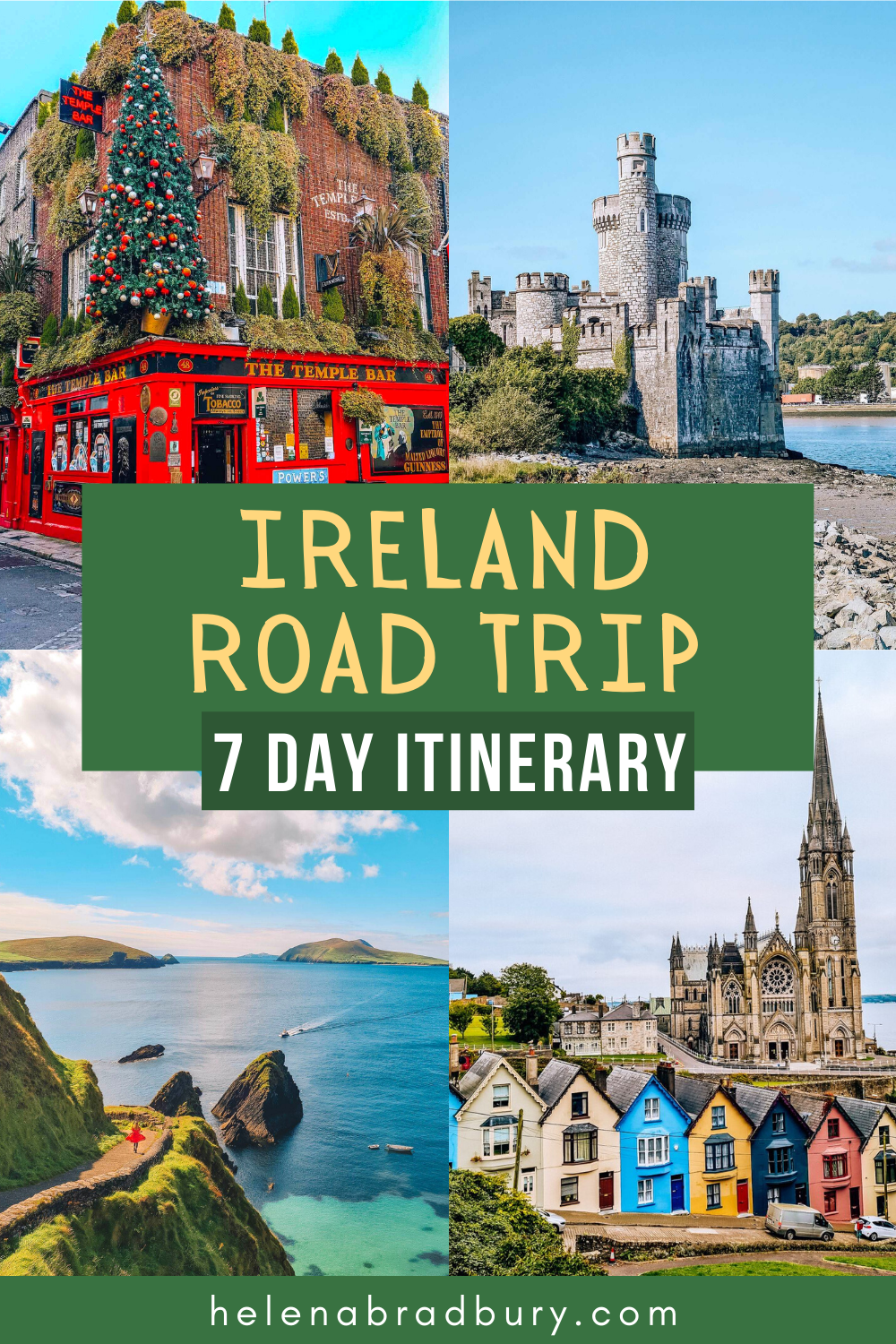